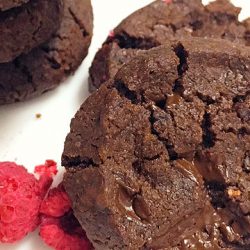 Charmed by his introduction to pastry at locally cherished Patisserie Rébert in Alsace (France), Simon Veauvy has crafted a career travelling between renowned patisseries across the globe. Seeking to hone his expertise in blending a rich balance of history, culture and flavour, Simon has trained at kitchens in Seoul, New York, Tokyo, Paris and now Sydney. Passionate about the art of pastry, Simon moved swiftly between managing chocolate and macaron stations at prominent patisserie, Pierre Hermé Paris, to being put in charge of the company’s cake production in Paris. Joining InterContinental Sydney late 2013 as Head of Pastry, Simon has played an instrumental part in revamping existing menus and bringing to life a philosophy of seasonality in dishes. With a focus on taste and flavour, Simon specialises in producing bespoke desserts with innovative flair.

There are no reviews yet.